Share ideas. Bring creative people together. To think outside the box. Create a network. Worldwide. This is what drives Robert Thiemann, managing director of FRAME Publishers, who hold the FRAME Awards once a year. February 20th was that day 2020.  The prizes were awarded in Amsterdam for the third time in a row. And the environment was a perfect match for the event. The “B.Amsterdam”, the world’s largest start-up and innovation center, housed in a former factory building of IBM, offered a stimulating, unconventional and enriching framework. For two days there was discussion, there were top-class speakers and lectures on topics related to design, co-working, the influence of the so-called user experience on future product design or the use of new materials in technology and architecture. The highlight and final point of the event was the presentation of the FRAME Awards as part of a festive dinner. The awards were given to the winners in 73 categories, who had previously been selected by an international, top-class jury from a big variety of  submissions. 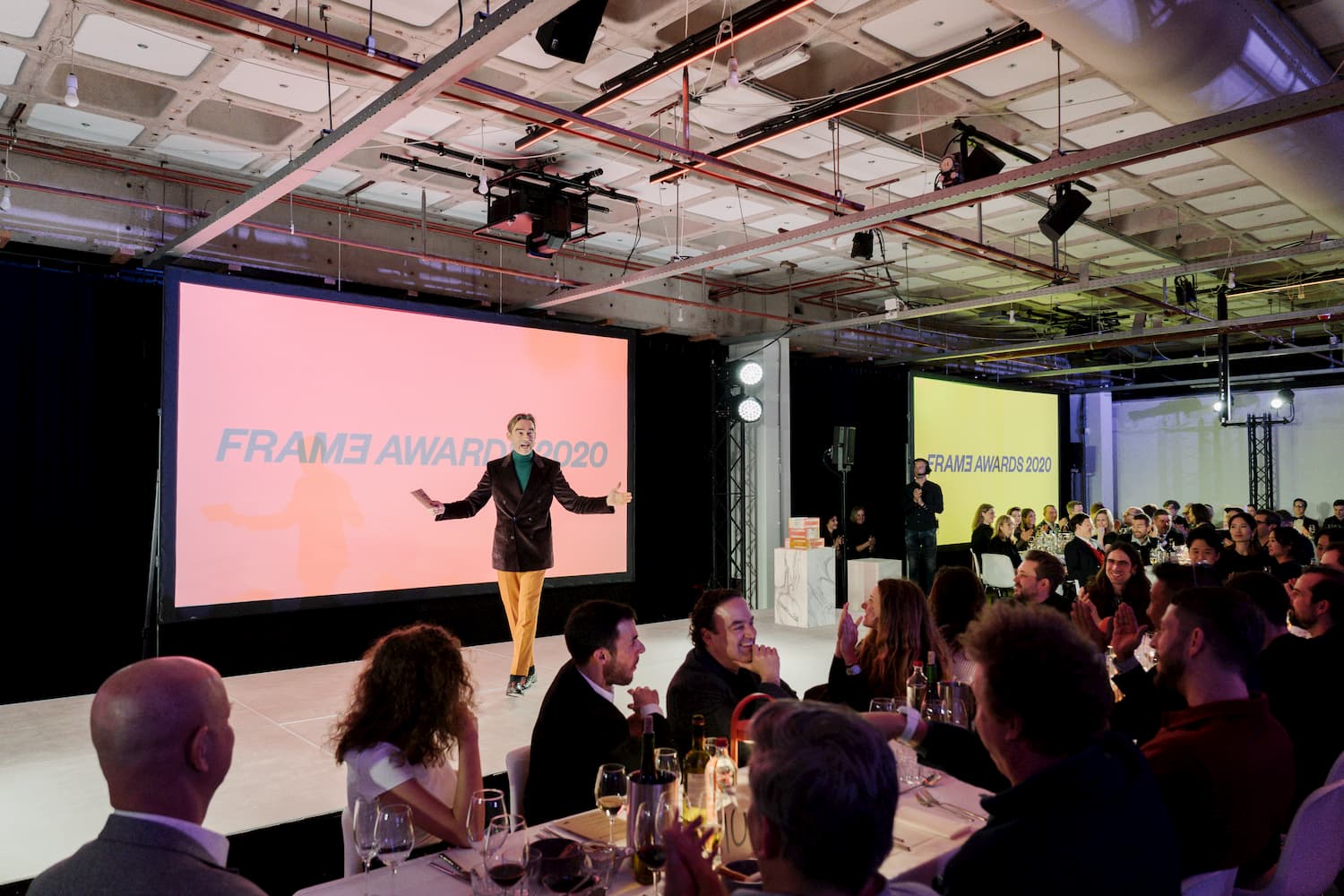 FRAME will be present with its own booth in hall 10.1 on the upcoming Orgatec this year in autumn. At the latest, all meet again in February 2021 in Amsterdam.