Colour up your office

Colours are not just only present, (….)
Colours live:
Move and get moved, agitate,
Depend and make you depend,
Act, are powerful,
Can serve and overwhelm you.

In a short series we would like to present to our readers some information and facts about colours, about their meaning and their history. Life without colours would be terribly dull, especially in our offices where they are of special interest. In many cases offices are dominated by grey and monotonous colours and take a neutral path. Many architects or space planners shy away from the “colour issue”. Using colours means making a statement. That is why many try to bypass that issue, which is a pity.

Colour also has a tribal element and signifies belonging – to a cause, a group of likeminded people and demarcates one from another. As an animal may scent its territory, so colour lay down its marker for all to see. It can also stimulate our phycology to create different feelings and lead the direction of our emotions.

We want to introduce you to that fascinating issue from a different point of view. So, to start things off, let’s look at the colour Blue:

Blue is in the western world a very popular colour. It dominates not only fashion stores in High Streets all over the continent but is also the most common colour seen in pedestrian zones of inner cities. Many institutions like the UNESCO, the EU or the United Nations have chosen blue as their colour. Blue, it is said, stands for discipline, consensus, trust and liability.

That has not always been the case. In the world famous paleontological cave paintings, blue does not play a role. The antiquity doesn´t show much interest in that colour, in fact it was not even recognized as a colour. Only White, Black and Red benefited from the status of being regarded as colours. In ancient Egypt there is the exception, where Blue is regarded as a lucky charm for those in the afterlife, so meticulously preserved in the marvellous burial objects for the Pharaohs. In ancient Roman times, Blue had been considered as the colour of the barbarian. When the languages flowing from Latin created their terms for colours, they took over expressions from Germanic and Arab languages. So also, the French word “Bleu” derived from German “Blau” and Italian “Azzurro” from Arab word “Azraq”.

It is only since the Middle Ages that the rise of the colour Blue begins. The sky is painted in blue. Before it was often painted in red, black, white and gold. Growing individualization, which is so characteristic for the western world, also contributes heavily to that rise. The basic colours which had been dominant so far (white, red and black) cannot be combined sufficiently for satisfying individual needs, and as a result the colour spectrum was extended to 6 colours. Not only blue, but also green and yellow benefit from it.

At around 1130 the first gothic cathedral is built in French Saint-Denis. The abbot of the monastery wishes to integrate coloured windows into the cathedral for chasing away the darkness. And he therefore relies on Blue. From Saint-Denis the colour spreads to cities like Le Mans and Vendôme to Chartres (world-famous “Chartres-Blue”). The French kings of the Middle Ages take over Blue as the colour of their reign and ennoble the colour even further.

The demand for Blue also fuels the economy. Especially the demand for woad, from which indigo is extracted, brings an economic upswing in regions like Thuringia, Tuscany or in Picardy. Raftsmen from the Black Forest export cobalt to Holland, where it is used for manufacturing porcelain. (“Delft Blue”) 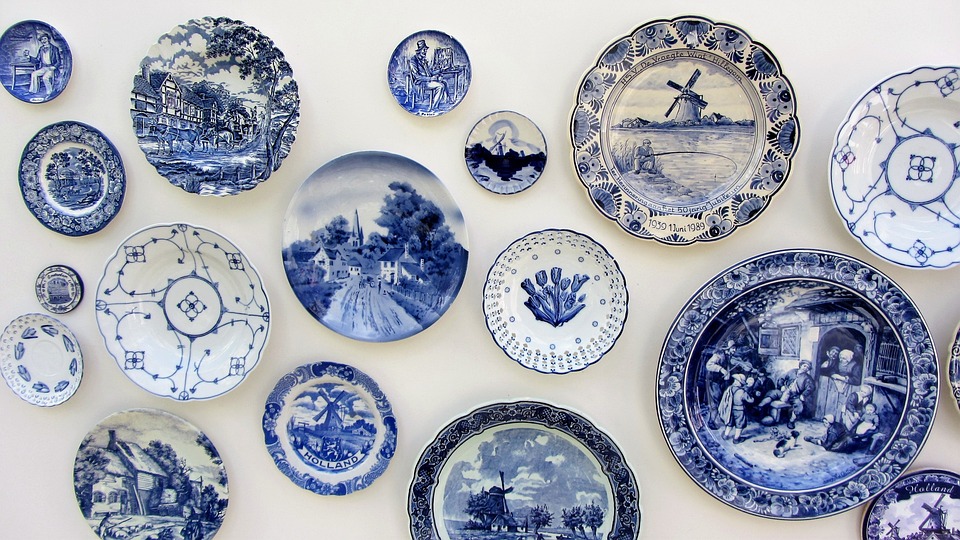 The final breakthrough was to come in the 18th century, when Indigo is imported from Latin America at very reasonable cost, and during the same period, the famous “Berlin Blue” is generated. The German romanticism makes Blue to be a melancholic colour (“to have the blues…”). Werther, the protagonist in Goethes famous novel, gains international fame in his blue cloth swallowtail.

The most contemporary example in modern day, is the invention of the first blue work pants by the German emigrant Levi Strauss. So, Denim Jeans are born and become a success story around the globe. As a fact, blue no longer became just a noble or aristocratic colour. Because what could be more democratic than the good old Blue Jeans?